Those of you who are scholars of medieval English history (and who isn't one here at Caltech) will know that the Domesday Book was a great census and property record ordered by William the Conqueror in 1086 to assess the material wealth of his subjects. It was called Domesday ("Doomsday") because every person would be accounted for and the judgment was considered final.

In a similar vein, the bike shop is going to be conducting it's own "survey" of material wealth. There are various frame parts around the shop that may belong to people or may have been left for future generations of riders to use. Trouble is, I don't know which is which. So next Monday I'm going to take anything that looks like it's not being used and stash it in a corner marked for general use.

We sometimes have to cancel office hours due to schedule conflicts. See our Google Calendar for up-to-date office hour availability and for Bike Lab classes and events!
We are on the north side of California Blvd between Arden Ave and Hill Ave (closer to Arden than Hill). Enter the driveway with the black metal gates. We're immediately on your left below Dabney House.
Approximate Address: 1331 East California Boulevard, California Institute of Technology, Pasadena, CA 91125, USA
(Google Maps)
Latitude : 34.136135
Longitude: -118.122987

What is the Caltech Bike Lab?

We are always interested in having members of the Caltech/JPL community visit the Bike Lab workspace, and help out by donating or volunteering at the shop or to host events. No prior experience required to get involved, just email us at bikeshop AT caltech DOT edu

We teach you how to fix/maintain your bike, organize classes on how to ride safely in the streets, host rides and other club events, teach classes on bike repair, and participate in local Pasadena/Los Angeles bike community outreach to try to make the streets safer for everyone, not just cars.

The Caltech bike lab is open to the entire Caltech and JPL community.

Visitors may drop in on our regular office hours, where anyone can come and get access to tools and assistance with bike repair FREE without needing to get a key. See the schedule above.

Key access requires an annual membership fee of $10 or donation of a tool. E-mail us at bikeshop AT caltech.edu and we'll show you around the shop. If you're interested in volunteering at office hours, please contact us via email. Annual dues for volunteers are waived!

How to pay your annual dues:
For those of you who have a key -- you will find a stack of envelopes next to the donation box in the shop. Slip $10 in an envelope, write your name & email on it and put it in the donation box. Don't seal it, we can re-use the envelopes. Thank you! 45% of our annual budget is covered by you, the users.

We DO NOT have bikes for sale (we only do repair & have basic repair supplies in stock). If you are looking for a cheap bike, read this.

Yes, we take donations of bike parts and bikes. Come to any one of our volunteer office hours to donate (see Google Calendar above). Thanks! 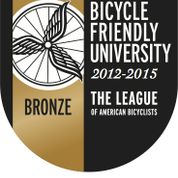 Caltech is recognized as a Bronze Bicycle Friendly University by the League of American Bicyclists! 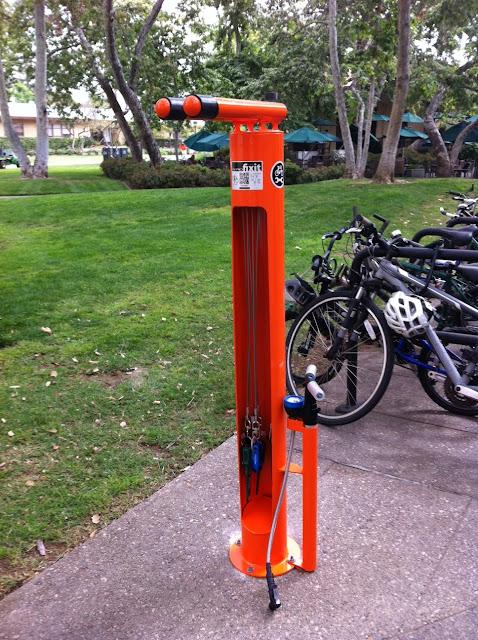 BACK IN SERVICE!! (as of Feb 2019) By the bike racks on the West side of Hameetman building.
In addition to the Bike Lab, you can access basic tools and an air pump 24/7 at the DIY Fixit station around the corner from the Red Door Cafe! [granted through the Caltech Moore-Hufstedtler Fund]

Caltech METRO Passes
Members of the Caltech community can now receive a Free Metro Pass that is valid for unlimited rides on all Metro bus and rail lines, as well as many local bus systems including Pasadena Transit. All active Caltech personnel are qualified to receive a Free Metro Pass
It is a subsidy provided by Caltech Transportation Office to support public transit use by members of Caltech community. Find METRO PASSES information here.
Student passes must be renewed quarterly at the Caltech Bookstore

Our Guides to Bike and Transit!

Is it safer to ride on the street or the sidewalk? What are the closest bike shops to Caltech? Where can I buy U-locks and lights at Caltech?

Does Caltech provide a subsidy for riding Metro? (yes!) Can I take my bike on Metro? Does Metro run late at night? Where can I get a TAP card on campus?

Read our Guide to Bikes at Caltech and Pasadena and our Transit Guide to LA to find answers to these questions and more!